The Andhra Pradesh government has decided to file a review petition in the Supreme Court on the judgement of the 7 member bench doing away with reservations for admissions to minority and non-minority unaided professional colleges.

Andhra Pradesh Chief Minister Y S Rajasekhar Reddy, who reviewed the implications of the recent Superme Court judgement with senior officials of the Higher Education and Technical Education Departments and the Advocate General on Sunday evening, said the state government would take every possible step to get the quota restored by filing a review petition in the apex court.

“The judgement will deny access to professional  education to a large number of students belonging to weaker sections, including Scheduled Castes, Scheduled Tribes and Backward Classes. Also, women will be denied the opportunity to study in these institutions,” Dr Reddy said.

Also read: States have no right to appropriate quota in colleges: SC

Expressing concern over the implications of the judgement, he pointed out that in Andhra Pradesh, private providers were the major players in professional education including medical, engineering, management and pharmacy. For example, out of the 252 engineering colleges located in the state, only 8 are university colleges.

Only 1,935 seats out of 84,365 engineering seats available in the state today are in the state sector. More or less similar situation exists in other professional colleges too. The judgement would affect the prospects of over 80,000 students from weaker sections every year.

He said the state government would request the Union government to amend the Constitution and bring in a legislation to protect the interests of the weaker sections.

Girls are provided 30 percent of the seats across all categories of professional courses.

All the professional colleges have to implement the rule of reservations wherein 51 percent of the seats are earmarked for weaker sections (Scheduled Castes: 15 percent, Scheduled Tribes: 6 percent, Backward Classes: 25 percent and Muslim minority: 5 percent.)

A 7 member Supreme Court bench headed by Chief Justice R C Lahoti, in its judgement on August 12, had held that “neither the policy of reservation can be enforced by the state nor any quota or percentage of admissions can be carved out to be appropriated by the State in a minority or non-minority unaided educational institution.’

The apex court was dealing with over 100 petitions filed by All India Medical and Engineering Colleges Association, individual colleges, the central government and the state governments of Andhra Pradesh, Tamil Nadu, Karnataka, Kerala, Madhya Pradesh and Maharashtra. 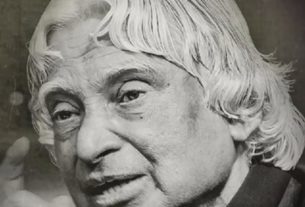