Congress president Sonia Gandhi and Union Home Minister Shivraj Patil arrived at Vijayawada on Wednesday morning on a seven-hour visit to the flood-affected areas of the state.

Chief Minister Dr Y S Rajasekhar Reddy and others received Mrs Gandhi and Patil at the Gannavaram airport. Later, Sonia, accompanied by Patil, Dr Reddy and Andhra Pradesh Congress president K Keshav Rao, left by a helicopter for aerial survey of the worst-affected east Godavari district where as many as 350 villages remained submerged under flood waters.

Later, in the evening, Sonia would arrive in Hyderabad, visit a photo-exhibition and interact with people’s representatives and officials before leaving for Delhi by 5.30 pm.

Meanwhile, the death toll in the floods remained at 106 with no fresh deaths reported from the affected areas since Tuesday night. The water level all along the river Godavari has been decreasing since last night but the flood situation remained precarious in East Godavari and west Godavari districts.

Nine helicopters are flying sorties in the affected areas for airdropping food packets, water and milk sachets and medicines. Six naval boats are deployed for reaching relief to the marooned people.

The weeklong floods following a depression that crossed the coast in neighbouring Orissa state has caused large-scale devastation to crops, private properties and public infrastructure. In all, 2.61 lakh families in 5,680 villages have been affected.

About 5.42 lakh people were shifted to safer places and lodged in 445 relief camps. The loss to crops and properties has been estimated at Rs 1,100 crore according to Chief Minister Dr Y S Rajasekhar Reddy. 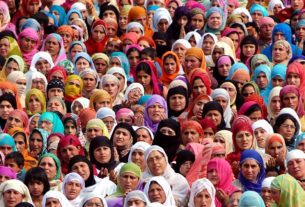 AP: PM to distribute 1 lakh acres of land to poor on August 21