Home > Politics > AFTER RAJASTHAN, WHAT CONGRESS NEEDS TO WORK ON?

Whenever it is election time or after the results, the talk of the vox populi and media is, if the Congress had prepared better then it would have come to power, it could have done the campaign better or it would have posed a challenge to BJP or it should very shrewdly play opposition role now and so on. But what can we say about the States where it is already in power and losing to the opposition?

Last year, the first State that was usurped from the Congress by the BJP was Karnataka and then Madhya Pradesh in early March 2020 and now Rajasthan is on the edge of being toppled over by the BJP.  It is time for the Congress to stop the hide and seek game of moving MLAs from resort to resort and not to resort to horse-trading of other party members to preserve the democratic principles.

Drawbacks that upset the Congress applecart

When we think of the few drawbacks that beset the party, we can talk about local leadership, role as opposition, infighting in the party, musical chairs at the helm and change in Rajya Sabha complexion.

Local leadership – Any party will flourish and spread its wings if it has strong local leakers who are popular with the people. The local leaders have to maintain good rapport with the people and enjoy political influence over them. They should also be   action-friendly, attend to people’s problems and take issues to the notice of the party high command.

Effective Opposition role – The Congress is the only national party which can challenge the BJP but it has to play the role of opposition party appropriately whenever required. It should not go for extreme criticism and remember that the same tool may be used to attack it in the future.

Intra-party fights – This is something that cannot be controlled by the party high command but the members themselves should respect each other’s opinion and if there are differences, the party command can intervene and bring consensus. The party high command has to avoid making promises of particular posts to new comers or to the defectors and by doing so, it can check any potential bickering to an extent.

Sonia-Rahul playing musical chairs – the extraordinary episode of last year was the way Rahul Gandhi stepped down immediately after the party setback in the Lok Sabha elections, paving way for Sonia Gandhi once again. This sends wrong signal to people and they may question it. Hence, whosoever gets the party’s top post should take it with all risks and stand up to the failures and work for achieving success. For now, the party needs to select the successor to Sonia Gandhi  as party chief at the earliest to retain the faith of the people.

Revival – It is high time that the grand old party has to wake up to the realities and do a swift revamp of the party right from its ideology to party leadership and give out clear perspective on various issues of the day .

Alliance with regional parties that can come to power –  It needs to form alliance with only those parties which enjoy voice in the States. The Mahagadhbandhan (the Grand alliance) in Assembly elections in Telangana, for instance, encountered failures and could not win seats.

Checking rivalry of strong leaders – The biggest mistake a party can do is that of allowing power-sharing to two most powerful leaders of the party in a State. For instance, Ashok Gehlot was made Chief Minister for the third time while the equally popular Sachin Pilot was given deputy chief minister’s post. And, when two powerful leaders have to share power, then ego clashes are bound to arise.

In the instant case, Pilot carried his rebellion too far. He refused to meet emissaries and did not allow the party to find a middle ground. When Gehlot realized that Pilot has stretched his limits, he moved swiftly to throw him out of the cabinet.

Selection of the candidates– It is one of the most crucial tasks and the Congress needs to select those candidates who are popular among the local people in the respective constituency. Also, the party can pick up someone who has held post earlier and does not resort to corruption after coming to power. Corruption will malign the party’s name if tainted candidates are selected who sell themselves after getting elected.

There is plenty of time available to the Congress in the run up to the next Lok Sabha elections in 2024 and so it should really buckle up to emerge as the single largest party, rising from the ashes now.

The Congress enjoys several advantages that can add to its gains. Being viewed as the pro-minorities and secular party, the Congress has got fair chances to woo back the Muslims and other minorities, as well as the Dalits and Adivasis, who together constitute almost 45 percent of the country’s population.

The party, as the only national party that can be a powerful alternative to the BJP, has to fully utilize this narrative in States where there are only two rivals—Congress versus BJP. The Congress can play a dominant role and wrest back power where the BJP is facing anti-incumbency. (eom) 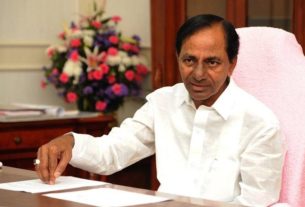