Home > Politics > AP gets tough on other religions in Tirumala

The Andhra Pradesh government has decided to promulgate an ordinance to prohibit the propagation of other religions in Tirumala and other religious places of worship in the state.

The State Cabinet, at its meeting on Friday, approved the proposal to promulgate an ordinance on the issue.

The government, by an order, will notify such places of worship or prayer from time to time. Whoever contravenes the provisions of the ordinance shall be punished with imprisonment, which may extend to three years or with fine upto Rs 5,000 or with both.

Briefing newsmen, Minister for Information and Public Relations Anam Ramnarayan Reddy said, “With a view to maintain public order, tranquility and serenity of a place of worship or prayer, the ordinance will prohibit propagation of a religion other than the religion traditionally practiced at such place, by words, either spoken or written or signs or by visible representation or distribution of any printed material or other forms of religious literature.”

He said that the government took the decision to bring forth an ordinance in view of numerous instances in the recent past where propagation of religious tenets in places of worship or prayer of one religious group by others has deeply hurt sentiments, disturbing peace and tranquility of that area.

Such incidents were reported from the world renowned ancient temple of Lord Venkateswara on Tirumala Hills, sparking strong protests.

“The government perceived these as unwarranted intrusion into one religious group’s domain, which potentially could disturb public order. The Constitution of India guarantees all citizens an equal entitlement to freedom of conscience and this recognition of individual freedom and the spirit of mutual respect and coexistence among various religious denominations is the bedrock of the country’s ideological framework enshrined in the Constitution,” the minister pointed out.

“In this backdrop, it has been decided to prohibit the propagation of other religions in certain notified places of worship belonging to any particular religion, mainly to ensure that the sentiments of that religious group are not hurt and public order is not disturbed,” he added. 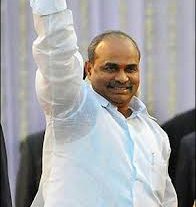 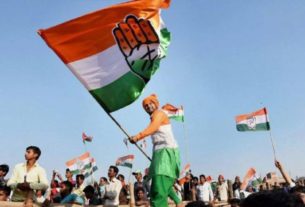