The ruling TRS scored a landslide victory in last Friday’s Assembly elections in Telangana. All sections of the people– backward classes, upper castes, Dalits, tribals and the minorities.– extended massive support to KCR’s party. TRS bagged 88 out of 119 seats and its vote-share was a high 46.9 percent or 9.7 million votes. Praja Kutami (People’s Front, comprising Congress, Telugu Desam, Telangana Jana Samithi of Prof Kodandaram and CPI)– came a distant runner-up with 21 seats and vote-share of 32.8 percent or 6.79 million votes. AIMIM retained its 7 seats and picked up a voteshare of 2.7 percent or 561,089 votes in the 8 seats it contested.

The AIMIM lent a helping hand to TRS in 111 constituencies by canvassing support and pooling minority votes. TRS was successful in securing a high proportion of minority votes while the main opposition –Praja Kutami– could not attract the minorities. The third player–BJP– sought to galvanise Hindutva supporters through its blatantly anti-minority propaganda offensive. Incidentally, the three major combatants focussed on assembly constituencies with a sizeable chunk of minority voters.

Minorities account for almost 15 percent of Telangana’s population. Muslims alone have a 12.7 percent share of the State’s population. Every 8th voter in the State is a Muslim. Minorities are spread across all the 31 districts of the State with huge concentrations in Hyderabad, Rangareddy, Medchal-Malkajgiri, Vikarabad, Nizamabad, Sangareddy, Adilabad, Nirmal, Karimnagar, Warangal (Urban),  Mahbubnagar, Nalgonda and Khammam districts.

While AIMIM dominated the electoral scene in the top 7 segments, many prominent leaders from TRS, Congress-TDP alliance and BJP were engaged in fierce contests in most of the 35 constituencies with Muslim voter base of 15 to 50 percent. It is obvious that securing a sizeable chunk of Muslim votes was crucial for the candidates from TRS and Praja Kutami. BJP hoped to benefit from polarising the majority community on the issue of “minority appeasement” and “unconstitutional reservations” for Muslims.

The poll outcome was on predictable lines. In the top 42 constituencies with Muslim voter base of 15 to 90 percent, AIMIM retained its 7 seats and TRS emerged victorious in 33 seats. Congress and BJP could get only a single seat each in this slot. BJP warded off challenge from TRS and retained Goshamahal seat as the Congress candidate could not make it a close fight and slumped to third position. A former minister of TRS was trounced in his stronghold –Tandur– by the Congress due to acute anti-incumbency.    BJP’s T Raja Singh retained the seat with a

While both the Muslim candidates of the Congress lost in Nizamabad (Urban) and Kamareddy respectively, TRS’ lone Muslim ex-MLA retained Bodhan seat. All the six Muslim candidates of Praja Kutami and two each of TRS and BJP could not make any dent in the AIMIM’s strongholds in the Old City. Eight Muslim nominees of these three parties lost their security deposits.

BJP lost four seats– three in Hyderabad city and one in adjoining area– where the minorities are preponderant and voted in large numbers for TRS. BJP nominee, G Kishen Reddy, who represented Amberpet for two terms and Himayatnagar for one term since 2004, lost to TRS rival Kaleru Venkatesh by 1,016 votes this time. BJP state president Dr K Laxman, who represented Musheerabad for two terms (1999 and 2014), was trounced by TRS candidate by a margin of 36,910 votes. BJP member Chintala Ramachandra Reddy was defeated by TRS nominee Danam Nagender with a margin of 28,402 votes in Khairatabad. BJP member NVSS Prabhakar lost to TRS with a margin of 48,168 votes in Uppal.

While the two major combatants– TRS and Praja Kutami– aggressively wooed the minorities, they were quite reluctant to field Muslim candidates from constituencies outside Hyderabad. TRS had given party tickets to three candidates, including a sitting member of dissolved Assembly from Bodhan and two nominees from the Old City constituencies. Praja Kutami had nominated 8 Muslim candidates (Congress 7 and TDP one), including two from outside Hyderabad (Kamareddy and Nizamabad-Urban) and six from the Old City (AIMIM strongholds).

This raises concerns about the under-representation of Muslims in Telangana. As per the current population share, there should be atleast 15 Muslims elected to the Assembly. But, the actual number of Muslims elected to the assembly from Telangana region since 1951 has ranged between 5 and 8. While 8 Muslims each were elected in 1951, 1962 and 2014, the number was 7 each time in 1957, 1967, 1972, 1983, 1985, 1999, 2004 and 2009. Only six Muslims were elected in 1989 and only five each time in 1978 and 1994. Incidentally, the number of Muslim candidates elected to Assembly from main political parties—Congress, TDP and CPI—has dwindled as the AIMIM tally increased from 3 to 7 in the last five decades.

It has led to a situation where only one or two Muslims are elected outside Hyderabad on the banner of other parties and the other Muslim winners are from AIMIM in the Old City. Muslims all over Telangana, thus, look towards AIMIM for highlighting their issues in the Assembly. And, if the Congress-TDP alliance on the one hand and the BJP on the other had launched tirades against AIMIM and its icons and vowed to deal a blow to them in Hyderabad in Assembly polls, the impact is self-evident. Praja Kutami and BJP reaped the anger of minorities for targeting AIMIM in the rest of Telangana. TRS was the main beneficiary of Muslim votes outside AIMIM strongholds. 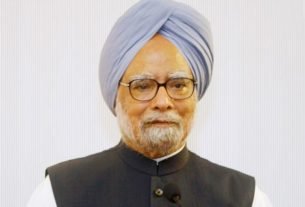 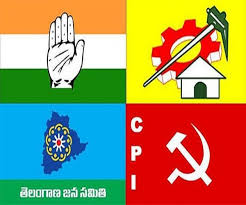 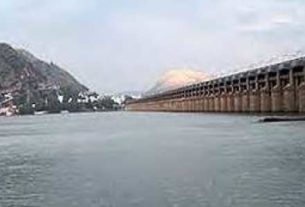