Actor Nandamuri Balakrishna, son of N T Rama Rao, the late matinee idol and Telugu Desam Party founder, is all set to enter politics on the eve of the Lok Sabha and Andhra Pradesh assembly elections.

The actor announced this in an interview to a Telugu news channel, TV 9, on Wednesday following the success of his latest movie Lakshmi Narasimha.

Balakrishna, however, did not reveal details.

He is likely to take one of the following three steps:

– Jump onto the Congress bandwagon.

Balakrishna is said to have the blessings of the powerful Kamma community, to which he belongs, in Krishna, Guntur and Prakasam districts.

There has been speculation for well over a decade on actor Chiranjeevi joining politics and launching a party.

Even though his fans have been pressuring him, he has so far been reluctant.

Film personality and Congress MP Dasari Narayana Rao tried to rope in Chiranjeevi, but to no avail.

Similarly, Naidu, too, has been wooing him, but Chiranjeevi has resisted the offer. 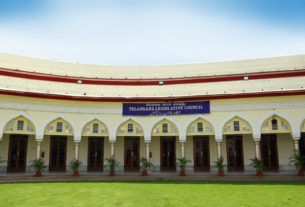