Home > Politics > WILL THE RULING ALLIANCE RETAIN BIHAR IN 2020 ELECTIONS ?

Be it a health emergency or an uproar over a controversial legislation, the country’s administration has to carry on its business as usual. Amidst the lockdown in the wake of Corona virus pandemic and observing social distancing norms, the political parties have started campaigning for the upcoming  assembly elections in Bihar.

Although the elections are due in the last quarter of the year, it seems as if the parties are trying to take advantage of the current situation prevailing in the country and gain support of the voters in Bihar. For the 243-member legislative assembly, it will be a close fight between RJD-led UPA and JDU-led NDA.

If the RJD-led UPA comes to power, then it will have to prove to be a stable government. Otherwise, the BJP, like in Karnataka and Madhya Pradesh, may topple the government and grab power. Earlier in the week, the resignation and shifting of MLCs to JDU ahead of its pre-poll campaign has already jolted the Congress, an ally of the RJD.

The AIMIM has also cast its foot print in the State in a by-election last year with its first MLA  Kamrul Huda in Bihar and has now announced that it will be contesting 32 seats from  22 districts in the State.  This development assumes significant as the AIMIM party will be another party to pose a bit of a challenge to the two alliances. It may not win the contested seats but is very likely to make inroads into the minority voter base in the State.

The Bihar elections are also significant as these are coming in the post-lockdown period, wherein the government is expected to revive the economy and bring the State back on the development path. And if the current situation persists till December, then the new government will also have to face tough time to tackle it. It will bear the brunt of the current slowdown in the State. For any government, it will be a challenging task.

Although the State has comparatively fewer cases than other major States, the situation may turn alarming. The Bihar Government, under Nitesh Kumar, has till date been closely and constantly monitoring the situation and it has helped in enforcing effective lockdown. Through optimum contact tracing and limiting the cases to just 76 blocks so far, Nitish Kumar has ensured that Bihar is able to break the Corona chain. The Chief Minister has been talking to District Magistrates (DMs) about maintaining vigil in specific containment zones to check the COVID-19 spread.

Last week, BJP strongman and Union Home Minister Amit Shah kick-started the virtual campaign of his party and highlighted the Central Government’s move of abolishing Article 370 and the JDU-BJP coalition government’s achievements in its current term in the State. He also talked about how their Government in the State has tackled the COVID crisis. However, a strong state manifesto will be the need of the hour to woo the voters as local issues work best for assembly elections.

Anything from jobs to migrant labour returnees to a proper anti-locust attack plan and other similar issues may work for the State.  If BJP retains power  in Bihar again, then it will have to take up new challenges and gain majority in the Rajya Sabha as the opposition does not have clear numbers required. It will take its presence to 16 States.

It is a fact that the Bihar CM, unlike in the previous elections, is facing an anti-incumbency sentiment. He is not as popular as he used to be a few years ago. Several observers of Bihar politics have sensed growing resentment amongst people about Nitish Kumar’s rule. His image of Sushasan Babu (the Man of Good Governance) is no longer intact.

In recent years, various instances of misgovernance have surfaced. The list includes, to name a few, Muzaffarpur shelter home case, Srijan scam, death of over 100 children due to encephalitis, rise in crime and floods in the State, including the state capital.

These events have shattered Brand Nitish, the image of a leader who rescued Bihar from the “dark ages” and provided much needed good governance. But  BJP has time and again announced that it will fight elections under Nitish Kumar as it presumes there can be no alternative to his come-back unless the RJD is able to put up a strong candidate for the CM post.

RJD chief ministerial candidate Tejashwi Yadav faces criticism over his absence in State politics and his inactivity. Another plus point is that Nitish Kumar has been active in politics since  1990’s and so he is a veteran. People’s continued trust in Narendra Modi also may support him.

So, clearly as there is no or very little public sentiment in favour of opposition, it is very likely that JDU-BJP combine BJP may come back again. However, with three more months to go before the polls are scheduled, much can be done by the opposition parties to turn the people’s wrath against Nitish Kumar into gains for the UPA allies. (eom) 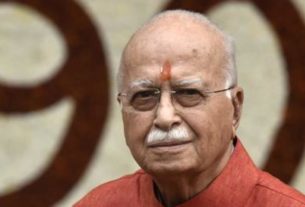 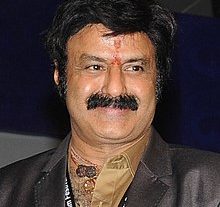 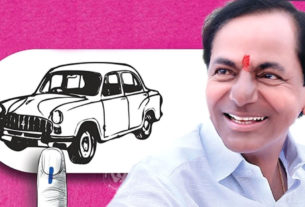