The Andhra Pradesh government has appointed Justice I Panduranga Rao, retired judge of the state high court, as a one-man commission of inquiry to probe into the incident that led to opening of fire by the police at Mudigonda in Khammam district on July 28, in which seven persons were killed and an equal number of persons sustained bullet injuries.

The notification, issued by the principal secretary (political), said that the terms of reference of the inquiry will be communicated separately.

The commission will hold its sittings at Mudigonda, Khammam district or at any other place as may be considered necessary by the commission.

The commission will commence its inquiry and report to the state government within a period of three months from the date of assumption of charge.

Meanwhile, at a joint meeting held at Communist Party of India party office in Hyderabad on Thursday, Left parties decided to intensify their stir for the distribution of land to the poor in the state.

Briefing the media, CPI state secretary Dr K Narayana said that ‘Bhoo Poratam’ (land struggle) has gathered nationwide attention after the Andhra Pradesh bandh and Mudigonda incident on July 28, which encouraged them to intensify their agitation for the land.

However, he has declined to announce the date for the launch of the second phase of ‘Bhoo Poratam’.

The central committees of the Left parties will meet in Delhi to discuss the issue of land distribution on August 8.

Narayana said that teams from states such as West Bengal, Kerala and Delhi have planned to visit the state to study ‘Bhoo Poratam’. A team from Kerala will visit on August 7.

He alleged that the Congress government in the state was ‘insulting’ the agitation by unleashing false propaganda against the movement.

Narayana demanded an independent land commission to resolve the land issues and to provide pattas (land titles) for the hut-dwellers.

He stated that the land struggle would be a continuous process and the government should own responsibility for any untoward incidents. Narayana also sought a separate mechanism to study land issues within a time-frame of six months.

CPI-M state committee member Y Venkateswara Rao condemned the government’s repressive measures and questioned how they have registered attempt-to-murder cases under Section 307 of Indian Penal Code against 400 villagers of Mudigonda in connection with the incidents on July 28.

He termed the director-general of police’s report on the incident as false. He demanded a judicial inquiry into the police firing by a sitting judge of the high court. 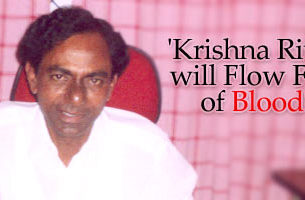 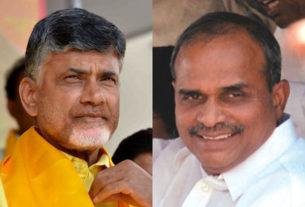