Telangana recorded 891 COVID-19 fresh cases on Wednesday, the highest ever for a single day, taking the State’s total to 10,444 confirmed cases. The death toll rose to 225, with five fresh fatalities reported in the last 24 hours. In all, 4,361 patients were discharged after recovery so far, including 137 in the last 24 hours. As on today, 5,858 active confirmed cases are in the hospitals now, as per the latest official update.

According to the Director of Public Health and Family Welfare, as many as 891 fresh cases were reported among locals, taking the sub-total of this group to 9,995. No fresh case was reported among the migrants, deportees and foreign evacuees and their sub-total remained at 449. Thus, the total confirmed cases tally included 9,995 locals, 207 migrants from other States, 212 deportees from other countries and 30 foreign evacuees.

The Director PH& FW said that in view of Covid-19 global pandemic, the State of Telangana has strengthened surveillance, contact tracing and containment measures against the possible spread of disease.

New positive cases reported on Wednesday included 719 in GHMC area, 86 in Rangareddy district, 55 in Medchal district, six in Bhadradri-Kothagudem, four in Khammam district, three each in Warangal Rural and Warangal Urban districts, two each in Sangareddy, Karimnagar and Nalgonda districts and one each in Kamareddy, Siddipet, Siricilla, Gadwal, Peddapalli, Suryapet, Nizamabad, Mahbubabad and Adilabad districts.

It is observed that there is a surge of cases in most of the districts across the State.  In view of the surge, the public is requested to be alert and self-vigilant for any signs and symptoms of Influenza Like Illness (ILI) OR Severe Acute Respiratory Infection (SARI).

The lockdown has been relaxed since the 16th May 2020. It is being observed that there is a lot of mobility and movement of people from all walks of life and of all age groups. There is a surge of positive cases since the past few days. For ensuring safety, the authorities have issued guidelines for strict compliance. Vulnerable Age Groups comprising children below 10 years of age and elderly people aged above 60 years are advised to stay indoors and avoid going outdoors. (eom) 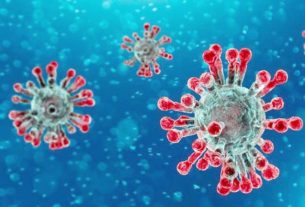