The Agenda This Time

At a time when the nation is getting ready to elect its new government for another 5 years, what is the agenda of the parties in the fray for our country. BJP wants Modi to get a second term to pursue its unfinished agenda. For some parties, it is time to oust the BJP and bring back the Congress-led Mahagadhbandhan to power to save our democracy. Whereas some other parties want both NDA- and UPA-free India. These regional players are hoping to rule at the Centre to ensure development and justice to their respective regions and usher in a new India.

“The NDA government has betrayed the nation and failed on all fronts, misused all institutions and constitutional bodies. We are coming together to protect the nation,” says Chandrababu Naidu, who has allied with Congress and other parties to end the BJP rule. Lashing out at the injustice done to states so far by the two national parties, KCR, who is working to form federal front with regional parties, has repeatedly said that “We need Congress, BJP-mukt Bharat, and a new India where regional parties would act as the driving force to effect a total change in the way the country is governed. We need reforms in all sectors and devolution of more powers to the States. The Centre should do its job and States should do theirs.”

Unlike 2014, the regional parties have geared up in the run-up to Lok Sabha elections and engaged in   formation of next government at the Centre with pre-poll or post-poll alliances at work. With the BJP claims of retaining power and counter-claims of Congress of regaining power, it is wait and watch show to see if actually the 2019 elections would take a ‘U – turn’ from 2014 with the state parties poised to play a greater role.

Which regional parties can put up a grand show ?

When we look at the States in India, we see that Southern and Eastern States have their own regional players who dominate both the Assembly and Lok Sabha polls. TRS party has a strong base in Telangana and can win 16 seats plus Hyderabad, which is AIMIM stronghold. Similarly, the  25 parliamentary seats in Andhra Pradesh are likely to be shared by two strong regional partners — TDP and YSRCP. The AAP in Delhi is also likely to get  at least 3 seats out of 7 constituencies.

Furthermore, the BJD may also sweep the 21 constituencies in Odisha. Even the Mamata Banerjee-led Trinamool Congress in West Bengal can grab most of the 42 parliamentary seats. In the current scenario in Uttar Pradesh also, the SP and BSP alliance is likely to grab seats as the declining image of Yogi Adityanath government is going to pay them dividends. In Jammu and Kashmir, BJP withdrew its support to People’s Democratic Party-led government and so in  the coming general elections, the votes will be divided between JKPDF and National Conference in Kashmir region and BJP and Congress in Jammu region.

The States where BJP is in direct contest with Congress are Gujarat [ 25 Lok Sabha seats], Chhattisgarh [ 11], Madhya Pradesh [ 29], Rajasthan [25 ], Gujarat [ 26], Himachal Pradesh (4) and Uttarakhand (5 seats). The number adds up to 100. In all other States, the BJP and Congress have to fight with regional parties of align with some of them.

Will it be a stable coalition ?

When we look at the coalition governments in various states like Goa and Karnataka – the hiccups that are involved in the functioning and the tedious activity of cabinet berth distribution among the allies and the grey areas in passing legislations are widely visible. Furthermore, the after-effects of withdrawal by alliance partners cause drawback. The stability of a coalition government depends on the genuineness in on the part of regional parties about ending the bi-party dominance.

If at all the regional parties form the government, then it will be the first instance of its kind and a historic event if it is able to function for the full 5-year term. But, going by the numbers, we see that it would be a big task to achieve the majority to outnumber the UPA’s and NDA’s tally of Lok Sabha seats. Even if the Federal front is formed and some regional parties come together, then also it will fall short of numbers to take on BJP without Congress’ support.

A repeat of earlier coalitions?

So the option left for state parties is to cooperate and ally with the Congress and form the government to bring some change. This would again be a repeat of the history of 1990s when Deve Gowda and I K Gujral became prime ministers with Congress support. After BJP-led coalitions NDA-1 and 2, Congress formed UPA-1 and 2 governments with allies, followed by BJP regime under Modi.

If a Congress-led alliance wrests power now, this would just be continuing alternate power-sharing between the  two national parties at the Centre–the Congress and BJP— with just their shifting alliances. There is little possibility of the regional parties coming to power on their own and completely ending the bi- party system and ushering into multi-party rule at the Centre. But this multi-party rule could be possible if current UPA and NDA allies cut off and partner up to form the coalition of regional parties in post-poll alliance to make a new India. A ‘New India’ of multi-party power sharing at the Centre.   Will the NDA-4 get the numbers with its allies, which now include Shiv Sena, JD (U), LJP, AIADMK and SAD (Punjab), to form the next government? Will the UPA-3, led by Congress and is allies—IUML, RJD, JMM, RLSP, JD(S) and NCP—get enough seats to keep out the NDA from power? There is a little scope for the  regional parties to float their own front as they cannot perform as expected at their state levels and take post poll support from both BJP and Congress allies. May 23 will clear the confusion. 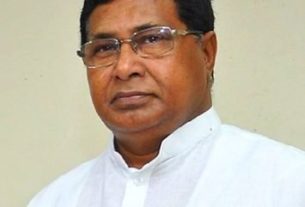 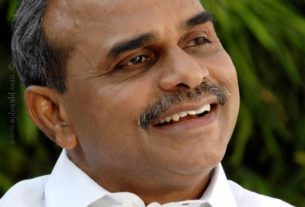 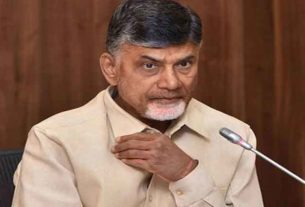