KCR, as he is popularly called, had quit the Manmohan Singh Cabinet on August 22, in protest against the failure of the Congress-led UPA to fulfil its assurance on the formation of a separate Telangana state.

Later, on September 23, his party withdrew from the UPA, and KCR resigned the Lok Sabha seat, necessitating the byelection.

Cashing on the Telangana sentiment, he was elected for the second time by a record margin. In 2004, he was elected to Lok Sabha for the first time with the support of Congress, which had an alliance with TRS for the Assembly and Lok Sabha elections, with a margin of 1,31,168 votes.

In a sense, the TRS and KCR needed this victory desperately after the party’s dismal performance in the municipal and cooperative elections last year and the Panchayat Raj elections this year.

Starting his political career with the Youth Congress in the late 1970s, KCR was elected to the Primary Agricultural Cooperative Society at Raghavapuram. He joined the Telugu Desam Party in the early 1980s and unsuccessfully contested from Siddipet Assembly constituency in 1983. Subsequently, he was elected to the Assembly four times in 1985, 1989, 1994 and 1999.

He served as a minister in Chandrababu Naidu’s Cabinet during 1996-99. KCR had a stint as deputy speaker of AP Legislative Assembly between 1999-2001.

Quitting the Telugu Desam, as well as his deputy speaker’s post and Assembly membership, he founded the TRS on April 27, 2001, to spearhead the movement for a separate Telangana state.

KCR was subsequently re-elected from Siddipet constituency in the Assembly bypoll caused by his resignation.

TRS forged an alliance with Congress in 2004 Assembly/Lok Sabha elections. In all, five TRS members were elected to the Lok Sabha and 26 members to the state Assembly.

KCR and senior leader A Narendra joined the Manmohan Singh Cabinet. Six TRS members were inducted into the Congress ministry headed by Dr Y S Rajasekhar Reddy in the state. However, the TRS pulled out its ministers from the state Cabinet in July last year. Both KCR and Narendra quit the Manmohan Singh cabinet in August this year.

As their alliance developed strains, TRS contested the municipal elections on its own last year and courted debacle.

In the Panchayat Raj elections held this year, TRS entered into poll alliance with the Congress but its performance remained dismal.

Now, the impressive victory in Karimnagar Lok Sabha elections comes as a morale-booster to TRS and revives its political fortunes in Telangana region.

For KCR, it is a personal victory, too, since his credibility was at stake in this bypoll. Over the last two and a half years, he had made many announcements claiming  that “Telangana is round the corner” and set umpteen deadlines for the UPA and Congress to take steps for the formation of Telangana state.

When other political parties and people started taking him lightly, he took a calculated risk by quitting the UPA government and his Lok Sabha membership. His credentials as a ‘Telangana fighter’ are vindicated by the bypoll outcome.

The 53-year-old KCR hails from the Velama caste. A post-graduate in Literature from Osmania University, he is a native of Siddipet in Medak district. Married to K Shobha, he has a son and a daughter. 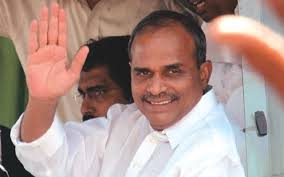 Is Rajasekhara Reddy the best? 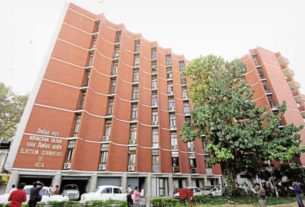 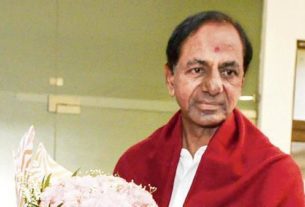