President A P J Abdul Kalam on Wednesday advised the legislators and MPs from Andhra Pradesh to use their constituency development funds to promote education and identified 10 important missions to ensure the overall development of the state.

Making a special address to the members of legislative assembly in Hyderabad on Wednesday afternoon, he said, “The assembly consists of 294 members and there are 42 Lok Sabha MPs from the state. In a five-year period, the total allocation of funds for the members will be about Rs 2,000 crore.

“This fund is in your hands. I would recommend these be deployed for augmenting schools, classrooms and facilities required for enhancing school education, facilitating teachers to reach all the students in the State and the training of teachers through tele-education, particularly in rural areas.”

He emphasized that the State and the Centre must press ahead with available resources. “Inspired sarpanchs and panchayat presidents from the northern and the southern states gave me confidence that village level development such as water harvesting, employment generation and sanitation facilities for every house is possible within available resources,” he said.

“One most important resource is the thought – We can do it.”

Kalam unveiled the 10 missions: four in the agriculture sector, two in energy sector and one each in drinking water supply, healthcare, weather monitoring and education.

Referring to the farmers’ woes, he said the state has been regularly affected by both cyclones and drought. It takes almost a decade for the victims to recover. “We must protect these farmers, particularly the small farmers, by introducing suitable insurance schemes to cover the damages. Claims should be settled quickly,” he said.

He suggested diverting Godavari River waters, now flowing into the sea, into the basin area for irrigation purposes through step dams, irrigation canals, water storage lakes and ponds. This would increase the irrigated area in the Godavari basin by over 30%.

He mooted a Doppler weather radar network predicting the course of cyclones. “It will enable timely warnings to residents leading to prevention of loss of life and minimum damage to property. Satellite based digital radio offers new possibilities for issuing timely warnings to fishermen at sea,” he explained.

“It is essential for AP to transform at least 50% of its 21 lakh hectare wasteland into productive land for increasing the availability of drinking water, agro produce and agro forestry using satellite imagery with the co-operation of NRSA/ISRO.”

Since 13.8% of the state’s cultivable land area is under cotton cultivation, it may plan to double the productivity of cotton using integrated farming techniques with a system-oriented approach. An increase in production and reduction in per hectare expenditure can enhance revenues to the farmers to an extent of Rs 3,000 crore per year, he said.

As AP is endowed with 5-6 types of bio-climates, he suggested that agricultural scientists and bio-technologists work together and promote cultivation of herbal plants, which can be used by the pharma industry located in the State as input for their drug design and development.

Referring to the Jatropha plant, he said, “It can be used as a bio-fuel, medicine, dye and organic manure. This cash crop plant can be grown in the sandy, saline and rocky regions of AP for providing additional revenue to farmers.” He recalled that AP has already planned a joint venture for bio-fuel production.

In the power sector, Kalam suggested that AP commission two 100-megawatt capacity solar photovoltaic plants at an approximate cost of Rs 1,500 crore and feed the energy into the state grid during the day time. This power can also be used for desalination of sea water.

Two entrepreneurs have each established a 6Mw power plant, which use solid municipal waste, at Hyderabad and Vijayawada, with technology developed by Technology Information, Forecasting and Assessment Council. “There is a need to replicate this model in many parts of AP through private and public partnership. This would provide a solution to the energy problem and also keep the environment clean,” he added.

Pointing out that the water in Nalgonda and Ranga Reddy districts had high fluoride content, the President suggested using low cost de-fluoridation process and intensive rainwater harvesting to overcome this problem.

Referring to the medicare sector, he said the state government has provided a five-year tax holiday for corporate hospitals commissioned in rural areas. In addition, it can provide land at concessional rates or on long lease. This would also attract people from South East Asia and West Asian countries for medical tourism. 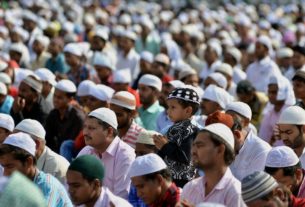 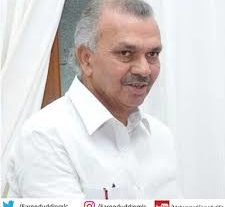