The fifth metropolitan magistrate had directed TRS president to appear in the court on May 16 but he failed to do so.

The magistrate had then given him time till August 4 and when he failed to appear the warrant was issued.

Dissident leaders and cadres of TRS led by Prahlad had filed the complaint at the time of assembly election alleging that Chandrasekhar Rao cheated the party members seeking to contest elections by selling them application forms for huge sums.

The complainants alleged that the TRS president had announced the party would contest all 107 assembly seats in Telangana and collected lakhs of rupees but cheated them by fielding party candidates only in 42 constituencies.

They alleged that application forms were sold at Rs 5,000 for prospective candidates from Scheduled Castes and Scheduled Tribes and Rs 10,000 for other applicants.

They claimed thousands of aspirants paid the application fees and submitted their applications. Though Chandrasekhar Rao had promised to refund the money to those not given party tickets, he failed to do so.

It may be recalled that the TRS, which is fighting for statehood for this backward region, had entered into an electoral understanding with Congress and contested only 42 assembly seats out of 107 and six Lok Sabha seats out of 16 in the region. The party bagged 26 assembly and five Lok Sabha seats.

Chandrasekhar Rao is presently a Cabinet rank minister without portfolio in Manmohan Singh Ministry. His deputy A Narendra is Union minister of state for rural development. Six TRS members are ministers in the Congress ministry in the state.

TRS sources said the party president tried to seek a stay on the case proceedings from the high court but could not get the relief in time. Chandrasekhar Rao is currently in Delhi.

What happened to Telangana? 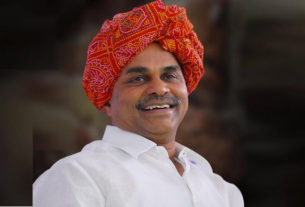 Andhra MLAs to get Rs 1 cr each to spend