The die has been cast for Lok Sabha elections in Telangana. The three-fourth majority secured by Telangana Rashtra Samithi in the just-concluded Assembly elections will ensure its sweeping victory in the ensuing Lok Sabha polls. Praja Kutami (comprising Congress, Telugu Desam, TJS and CPI) would only have the consolation of being runner-up in most of the constituencies. BJP, despite its loud claims, would remain a distant third.

Analysis of the assembly poll data Lok Sabha constituency-wise reveals that TRS is poised to make a clean sweep of 16 seats and AIMIM is comfortably placed in Hyderabad constituency. This just leaves nothing for Praja Kutami and BJP to boast about. The huge gap between the vote-shares of TRS versus Praja Kutami in most of the parliamentary constituencies is self-evident. It means that Praja Kutami would be facing an impossible task to snatch most of the Lok Sabha seats from TRS.

In the 2014 simultaneous elections to State Assembly and Lok Sabha, TRS had bagged 63 assembly constituencies and 11 Lok Sabha seats. Congress had won two Lok Sabha seats and TDP and BJP, which contested in alliance, had secured one seat each. YSRCP wrested one seat and AIMIM retained its lone seat—Hyderabad in 2014. Subsequently, TRS ranks swelled to 14, when TDP and YSRCP MPs and one Congress member crossed over to the pink party. Only recently, one TRS MP defected to Congress.

In the recent Assembly elections, two TRS MPs were fielded in the polls and they won from Chennur and Medchal segments. TRS made impressive gains in the assembly segments across all the parliamentary constituencies. TRS scored leads in 14 parliamentary seats. Its candidates led in all the 7 segments each in Karimnagar, Nizamabad and Mahbubnagar PCs, six out of 7 segments each in Adilabad, Zahirabad, Medak, Malkajgiri, Secunderabad, Nagarkurnool, Nalgonda and Warangal PCs and 5 segments each in Peddapalli, Chevella and Bhongir PCs. In Mahbubabad PC and Khammam PC, TRS secured leads in 3 and 1 segments respectively. Praja Kutami was ahead in these two PCs with leads in 4 and 5 segments. However, the leads were very minor.

In 7 out of the 16 PCs, the TRS vote-share crossed 50 percent mark and touched 59 percent in one of these (Medak). In 9 PCs, the vote-share ranged between 42 to 50 percent. These PCs included Mahbubabad (43.8 percent) and Khammam (42.2 percent) where the Praja Kutami recorded minor leads. On the other hand, the Praja Kutami logged vote shares of 43.7 to 44.6 percent in two PCs (Khammam and Mahbubabad respectively) and its tally of votes ranged between 30 to 40 percent in 11 PCs, between 25 to 29 percent in two PCs and below 12 percent in one PC (Hyderabad). In Hyderabad PC, Praja Kutami may not save its security deposit in Lok Sabha polls.

BJP, which boasted of being an alternative to both TRS and Congress, trailed behind both the ruling party and Praja Kutami by quite a distance. BJP contested all the 119 assembly segments, including one segment where it supported a small party. But its vote share was only 7.15 percent across the State. BJP secured over one lakh votes in six PCs — Hyderabad (180,451 votes), Secunderabad (172,188), Malkajgiri (149,055), Adilabad (146,555), Chevella (105,912) and Karimnagar (102,027 votes). It polled between 50,000 to 99,000 votes in 7 PCs. In 4 other PCs, its votes ranged between 10,000 and 39,000. If the BJP repeats this performance in the ensuing Lok Sabha elections, its candidates may not be able to save their security deposits in all PCs in Telangana except Hyderabad and Secunderabad PCs. This is apparent from the vote shares of BJP which ranged from a lowly 0.80 percent in Khammam PC to 12.8 percent in Adilabad PC.

However, the Praja Kutami and BJP leaders are putting up a brave face inspite of the drubbing they got in the Assembly elections. They are insisting that nothing is lost for them and that they are still in the reckoning in Lok Sabha polls. Their confidence stems from their claims that the assembly elections only decided who should rule the State and the bigger battle ahead for Lok Sabha would determine who should rule the country. They are hoping against hope that Lok Sabha polls would be fought on Modi versus Rahul plank, with state issues relegated to the background. (eom) 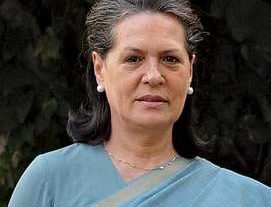